The Perfect Place for Our Family Getaway

a blast from the past

The high country of the Bighorn Mountains is an inspirational place that I’ve visited on several occasions as a guest at Paradise Guest Ranch. My first trip there started with a few days at the ranch before I took off with a small group for a three-day horse-packing adventure. We rode all day through the high country before settling into our mountain camp not far from Frying Pan Lake.

Horseback riding, fishing, cooking over an open fire, and sleeping in tents was a perfect way to experience this part of Wyoming that I had never before visited. I’m used to darkness, but I will say those nights in the Bighorns provided some really spectacular star gazing. And the fishing was astonishing. 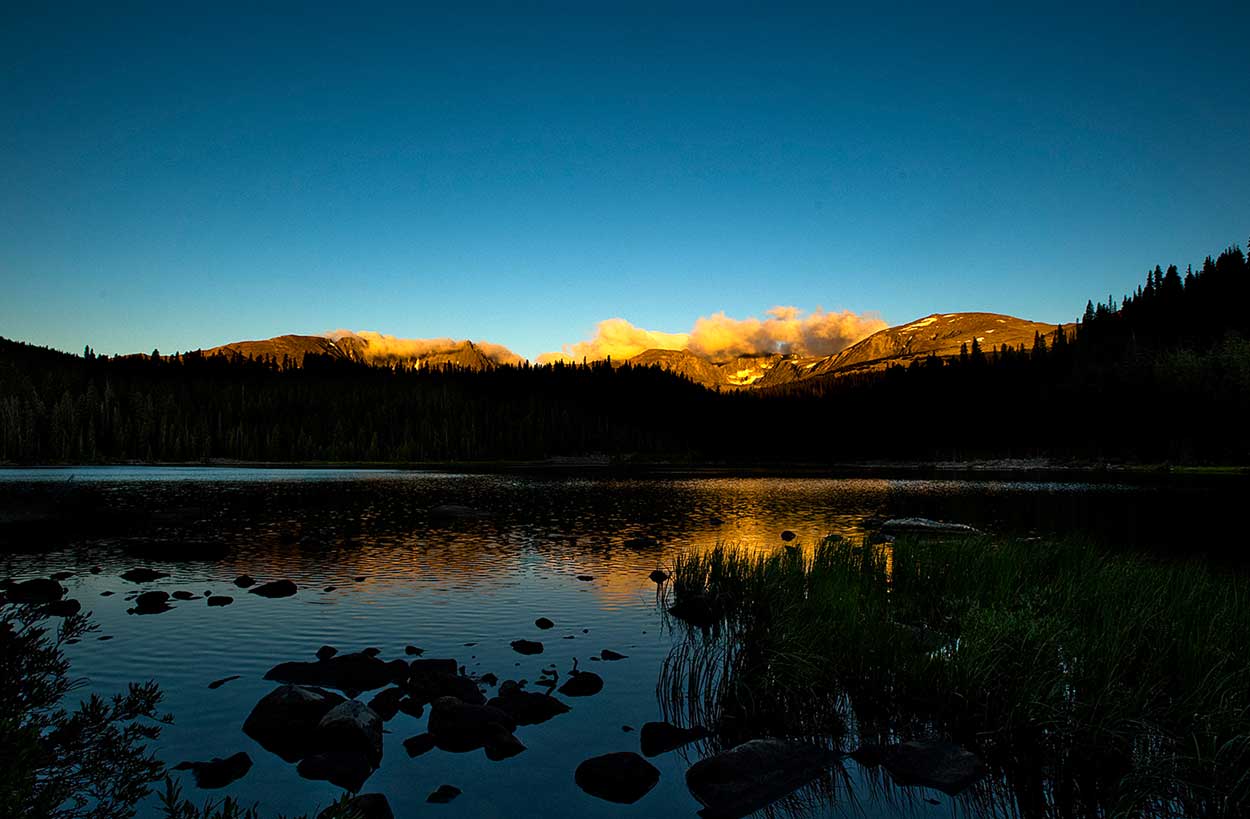 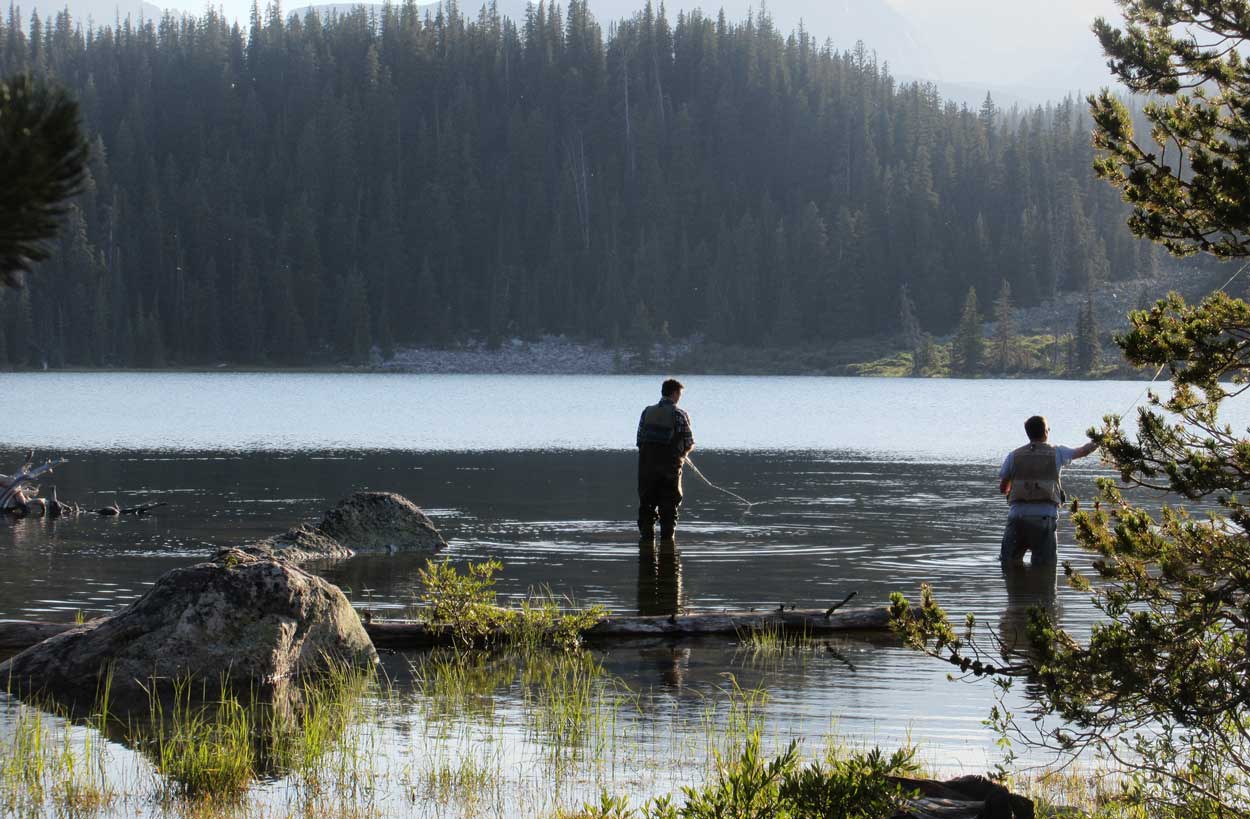 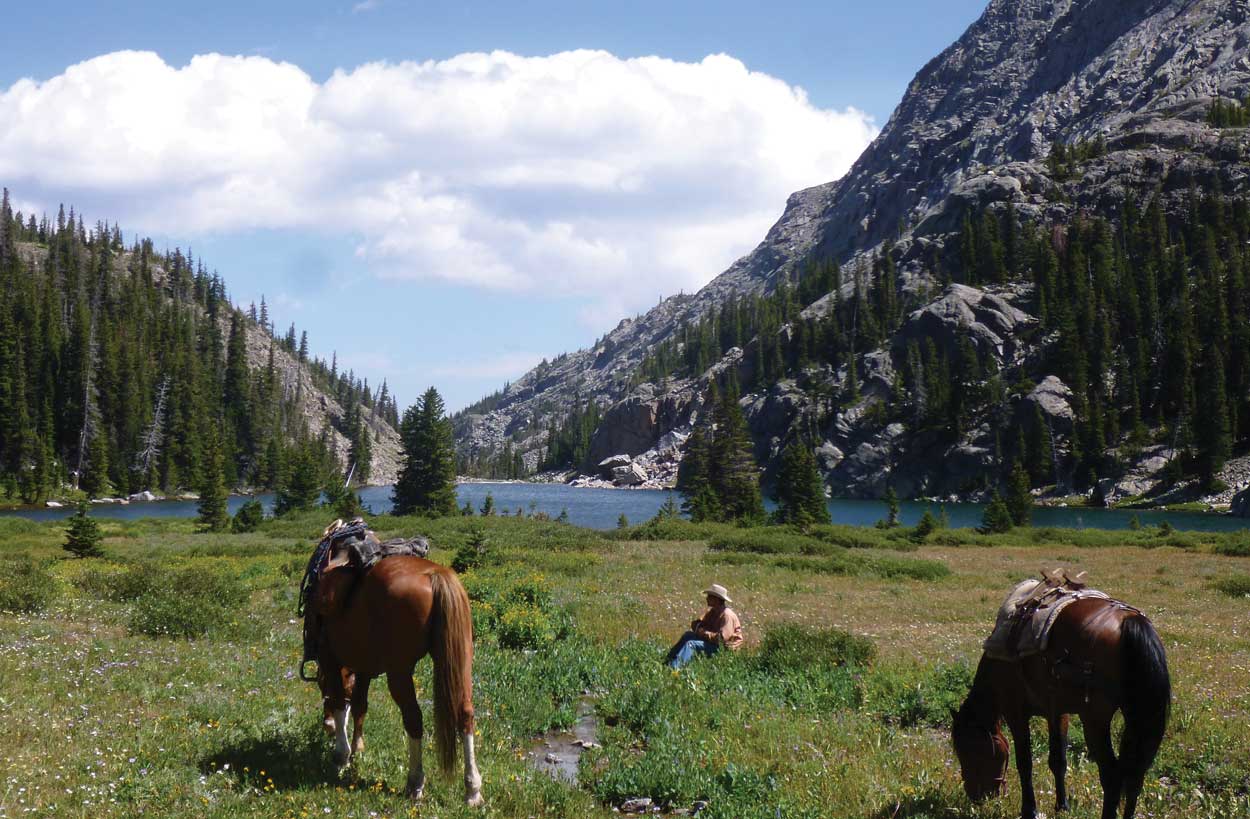 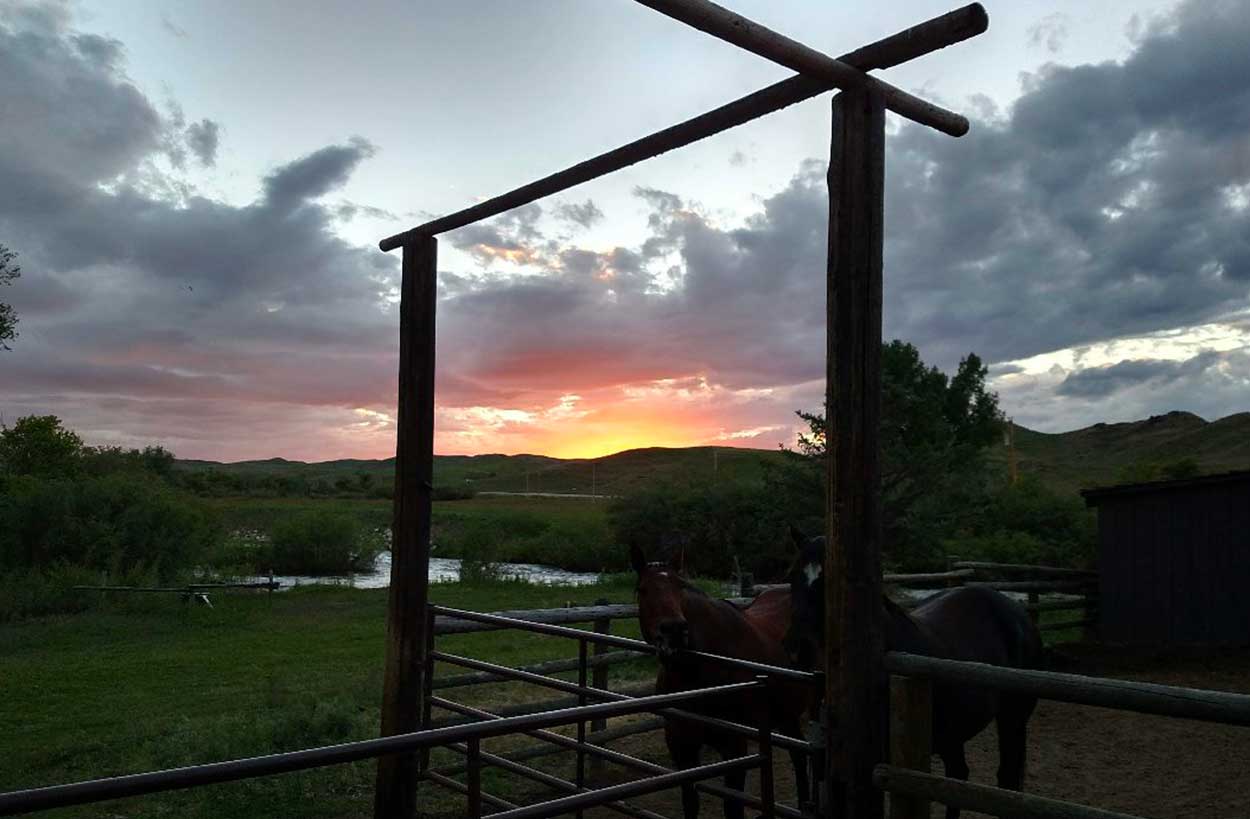 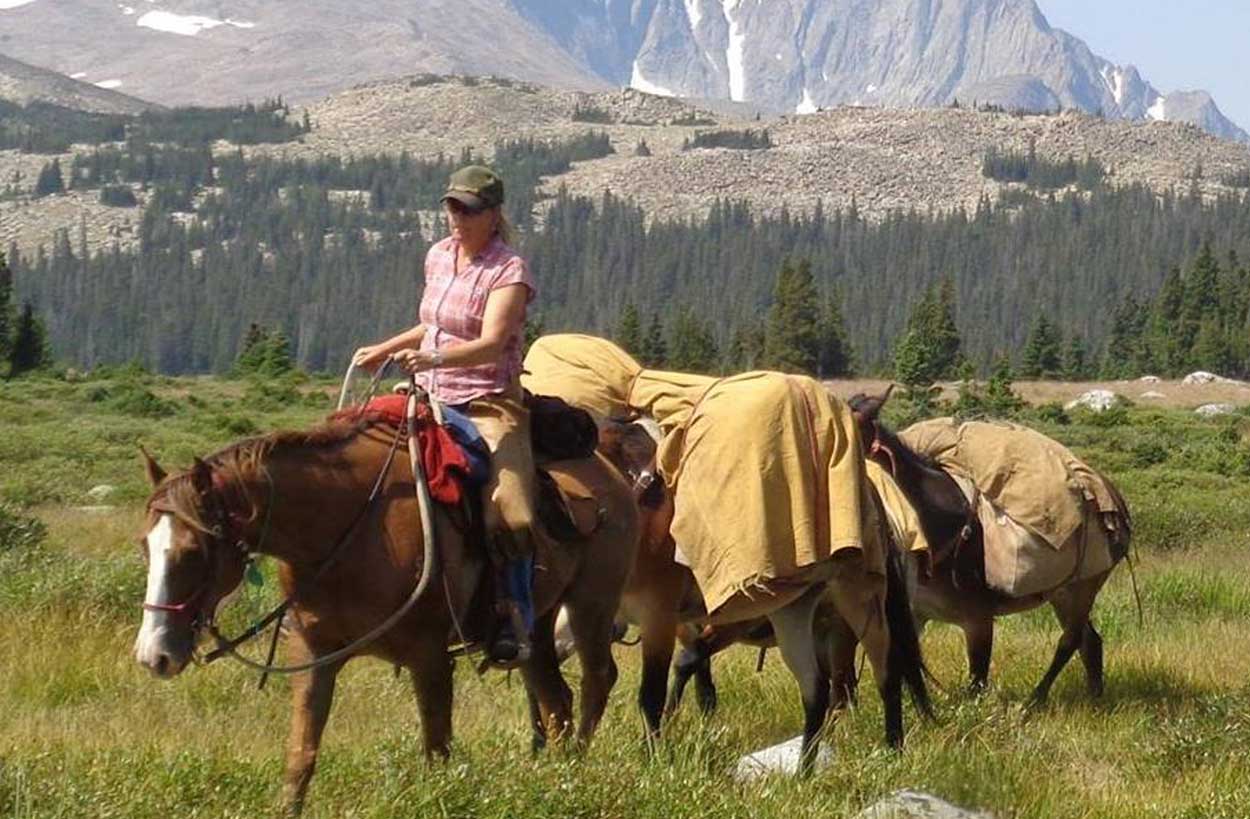 passing along the gift

I’ve visited Buffalo on other trips by myself, but this adventure had a different purpose. As our kids have grown older, and we now have granddaughters, we find that the best “presents” are time together as a family.

Since I have had such great experiences in Buffalo, it became the perfect place for one of our family getaways, and this time we decided to explore the area during the winter.

For dinner we stayed at the hotel, eating at the Virginian, before enjoying the bluegrass jam session held every Thursday night. This is a family friendly place and our young granddaughters loved the music.

who can’t use a good pair of wool mittens in WY?

Friday we started the day with breakfast at Main Street Diner before going to Mountain Meadow Wool Mill where we took the self-guided tour to see how this unique business operates. This mill was started by Karen and Ben Hostetler as an opportunity to process wool raised by local sheep growers. Watching the milling operation was fascinating, and of course we couldn’t get away without a visit to the shop that sells the locally produced treasures.  Who in Wyoming can’t use another pair of mittens or a good wool hat?

Years ago, I was in Yoder, Kansas, where I had a chance to visit with some Amish families, so when we found out Buffalo has a new Yoder’s Country Store, we decided stop in. As expected we found homemade items from furniture to preserves. This was a fun place for the granddaughters to pick out a unique souvenir from our trip. 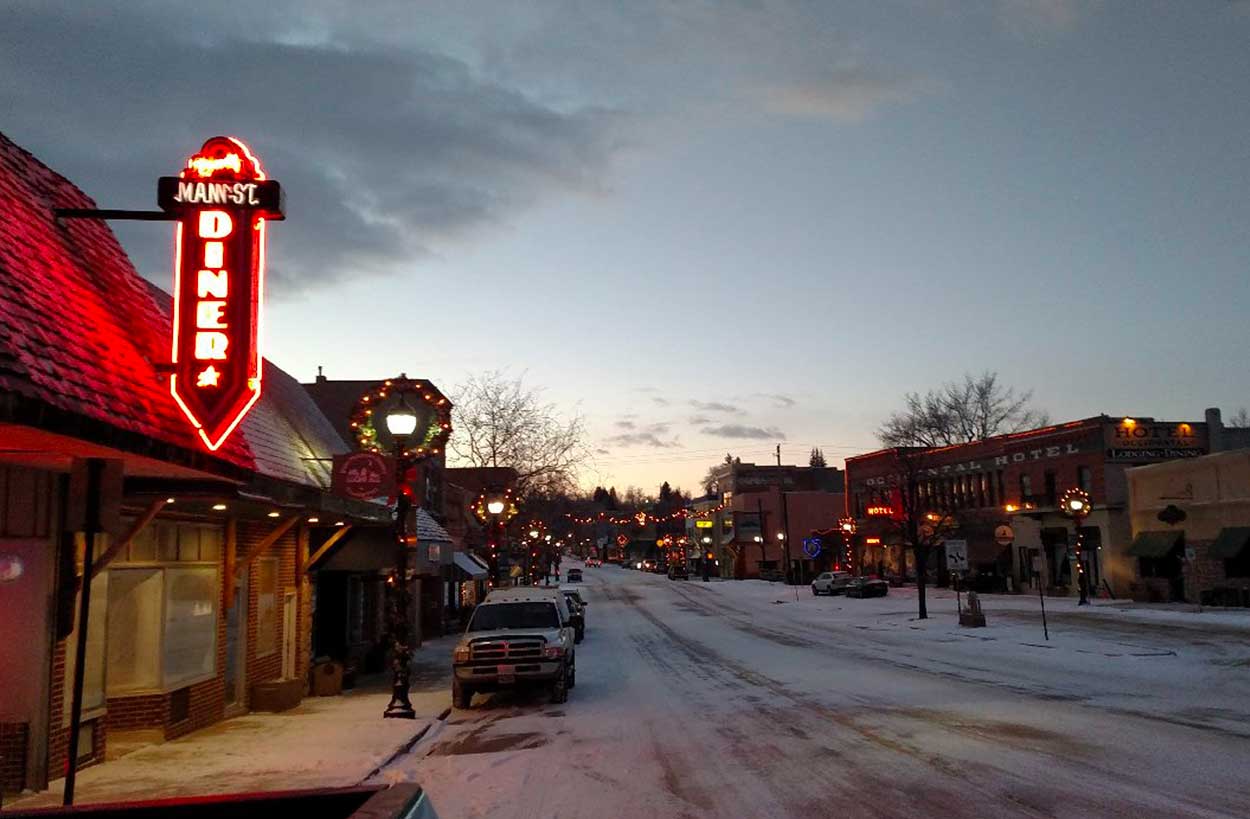 After lunch at the Sagewood Café (great sandwiches and soup), we set off for the Jim Gatchell Memorial Museum. My kids have long known if they go on a trip with me, they will see a historical marker or a museum, and I figured it was time to begin introducing the granddaughters to my passion. We’d visited a site with tipi rings earlier in the year, so the girls were particularly interested in the Indian objects and they had fun looking at the wagons in the carriage house, especially when I told them some of the wagons used to belong to a friend of mine and we’d traveled on the Oregon Trail together in those very wagons.

We all liked the intricate detail in the  dioramas Juan Menchaca built depicting local historic events such as the Wagon Box Fight and the 1892 siege at the TA Ranch during the Johnson County Cattle invasion. A third diorama shows Buffalo’s Main Street while another exhibit highlighted the connections of this community to the hit television show “Longmire.” The character Walt Longmire, sheriff of the fictional Absaroka County in Wyoming, has his roots in Johnson County. The show storylines come from the Longmire book series written by Craig Johnson, who makes his home in Ucross.

the home of longmire

The community holds a big celebration – Longmire Days – in the summer, and on occasion some of the show’s actors and certainly Johnson with his iconic old green pickup are present for the annual Christmas parade. Leaving the museum, we head back down the main street to the Bucking Buffalo, where oo la la we found enough Longmire gear plus boots, hats,  and clothing to make any cowgirl drool.

For dinner we went to Pie Zanos, the perfect place for a family gathering because of its children’s menu.

On Saturday morning, after a great breakfast at The Busy Bee Café, we headed west out on Highway 16 traveling deep into the Bighorns to Meadowlark Ski Lodge. Our son brought his downhill skis, but the rest of us needed equipment for the day. We rented some at The Sports Lure before we left town and picked up the rest at Meadowlark (which does rentals and sales).

Since this was the first time the granddaughters had ever been on skis, we had arranged for the Meadowlark staff to give them some help. (They are really good with kids; every Friday during ski season the students from Tensleep High School come to Meadowlark to ski, and students from Buffalo learn to ski here, too). I stuck with the girls, while the rest of the family took the lifts to the top of the mountain. The diverse terrain here appealed to the varied skill levels in our family. And the equipment rental and lift rates didn’t break the budget either! 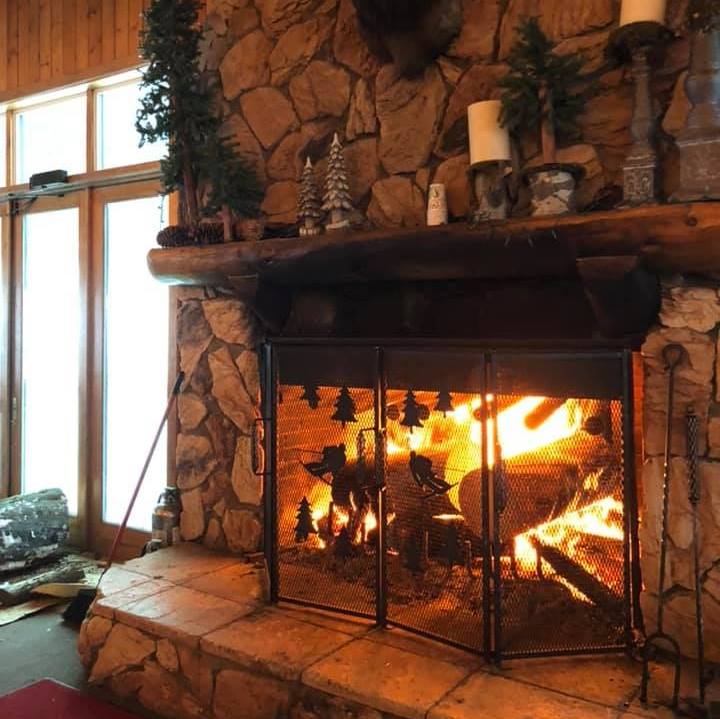 snuggling up in front of the fire

At noon we gathered in the lodge for soup and sandwiches – and the girls warmed up with hot chocolate. The youngest granddaughter and I had our fill of downhill skiing by then, so when everyone else headed back out for the afternoon, we settled in on one of the couches by the massive stone fireplace. I had the newest Longmire novel to read, and she quickly fell asleep  (making us both happy!).

By mid-afternoon, the whole family was back in the lodge for a final cup of cocoa and a snack. Since I could do the driving later, the guys had a beer as we watched the skiers out the big picture window, and learned about the cross-country ski trails as well as more than 450 miles of groomed snowmobile trails to be explored in the Bighorns.

the perfect end, to a perfect trip

On our last evening in Buffalo we decided on dinner at Winchester Steakhouse since we had all worked up quite an appetite. Back at the Occidental, we capped off the evening listening to the local musicians. It was a great way to end the trip. Our long weekend getaway was another bead in the string of family adventures we have had. I’m already looking forward to our next trip.

Candy Moulton has written 15 Western history books and articles for magazines throughout the West. The family home is in Encampment, Wyoming.

Before you dive in, please note:

Subscribe to receive updates, stories and resources to help plan your adventure in Johnson County. You can unsubscribe at any time.